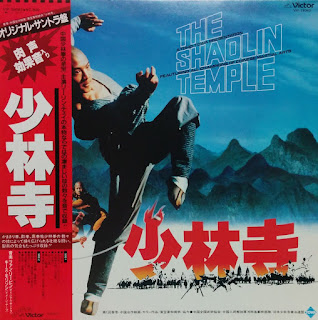 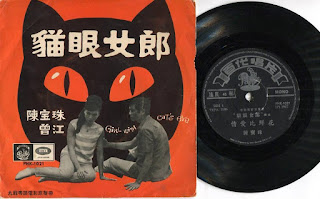 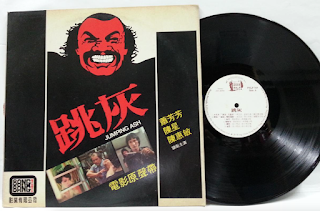 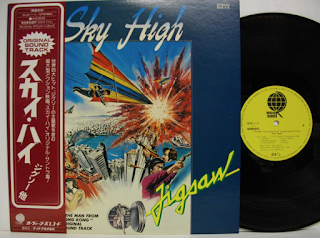 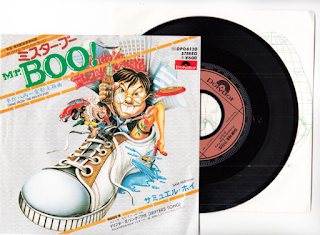 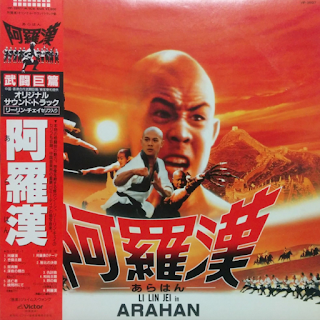 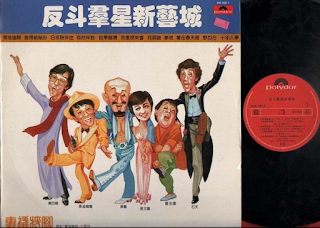 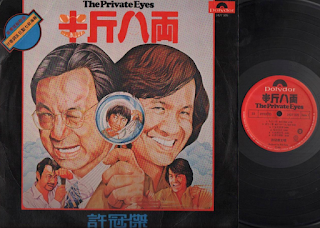 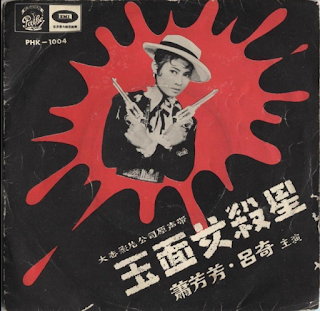 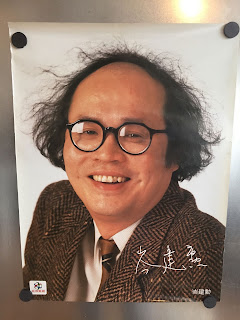 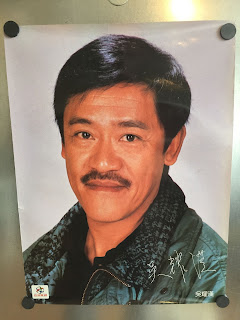 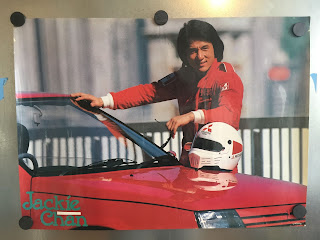 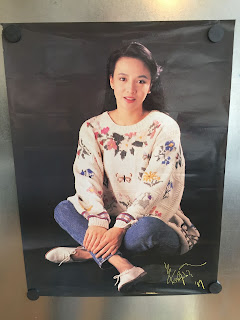 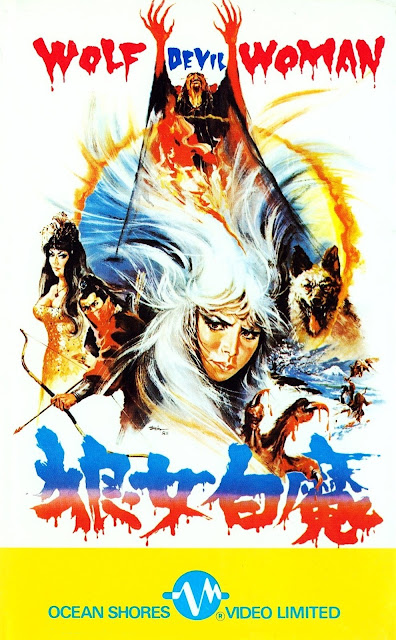 The Return of Kung Fu Fridays 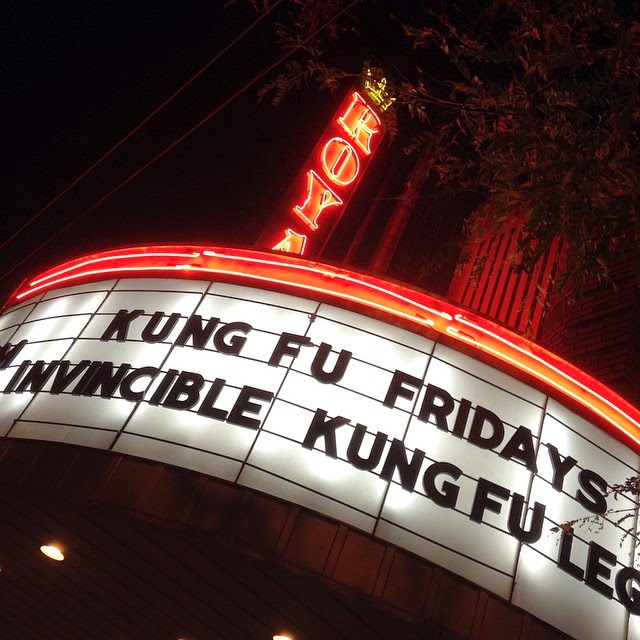 After an eight year hiatus, I brought back my film series Kung Fu Fridays to where it all started, The Royal.

Over the past year my wife Katarina and I have been doing the public film programming at the 380 seat restored art deco cinema that was once a part of the Festival repertory cinema circuit. It has been an interesting journey working on bringing the profile of the cinema back up into relevance in a world where the public movie going experience is becoming an endangered phenomena. We've had some hits (The Dance of Reality) and misses (looking at you, Kite), but we've been recruiting a good audience base and have a great team working for us at the old movie palace.

After the encouragement of many friends and supporters, I decided to bring it back and tonight was the first screening - a rare 35mm print of The Invincible Kung Fu Legs aka The Leg Fighters. Back in the old days I relied on the newspaper that the Festival chain published that had a large circulation and did extensive wild postering by myself. I roamed the streets of Toronto late at night with a staple gun and a bucket of glue spreading the word. Needless to say, I had more free time and less adult responsibilities back then. This time around,  I hit up the old email list, posted it on Facebook, made an event, and did the routine social media promotion in place of how I used to do it.

I have to say I was a little nervous before the screening and this was a feeling I don't get when I do the bigger event screenings at my film fest gigs. I suppose it is because there is more of a personal stake in this than with the other screenings. 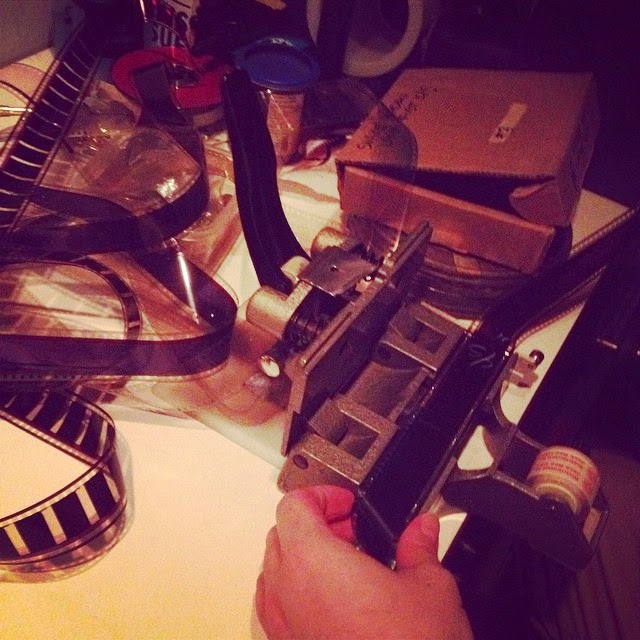 Well, I had nothing to fear, because we had a decent turn out of around 70 people and lots of familiar faces from back in the day! As the cinema relies on digital projection nowadays, it was a little touch and go as the projectionist was getting the print ready with the old 35mm projectors. We had to hold opening the doors for around fifteen minutes, but when I made the announcement that there would be a slight delay, a couple commented that they'd been waiting for ten years, so they could wait a few minutes more! That warmed my heart.

The film played like gangbusters, but honestly, The Invincible Kung Fu Legs is perfectly paced with good humour and stunning fights, so I knew the crowd would dig it. As I watched it and enjoyed their reaction, my mind raced with ideas on how to fix up the presentation and razzle dazzle of it all. More good stuff to come! 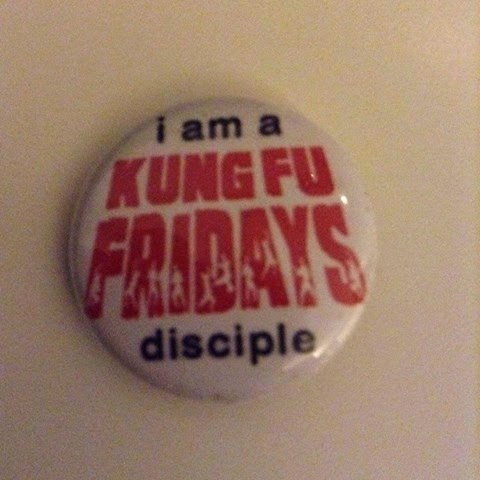 Can anyone explain what this is about? What are they saying?

Ad on the back of the 2004 Tokyo Filmex guide. From my trips to Japan, I remember Miu being a refreshing soda with a lemon-lime taste...? Like a less sugary 7-Up. 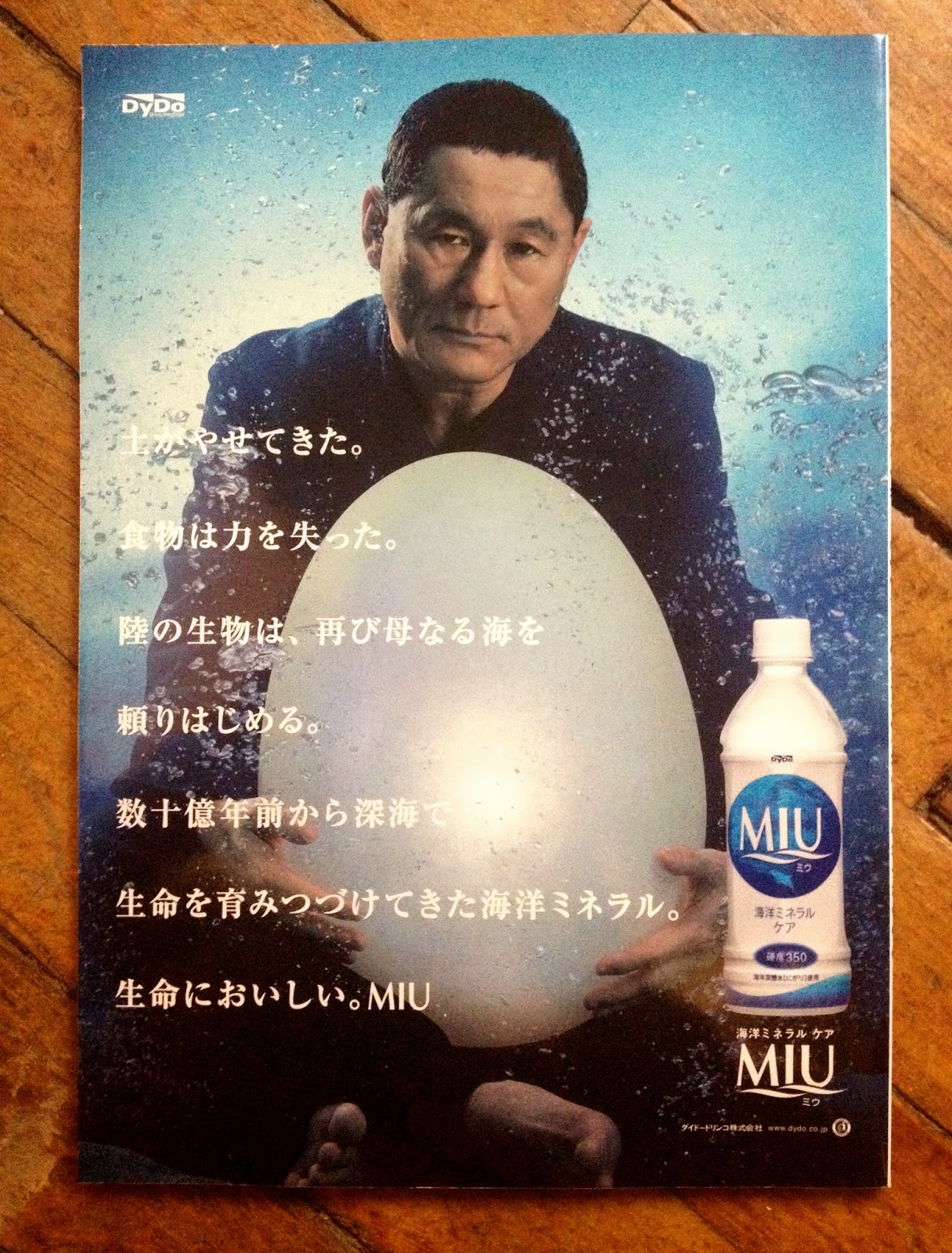 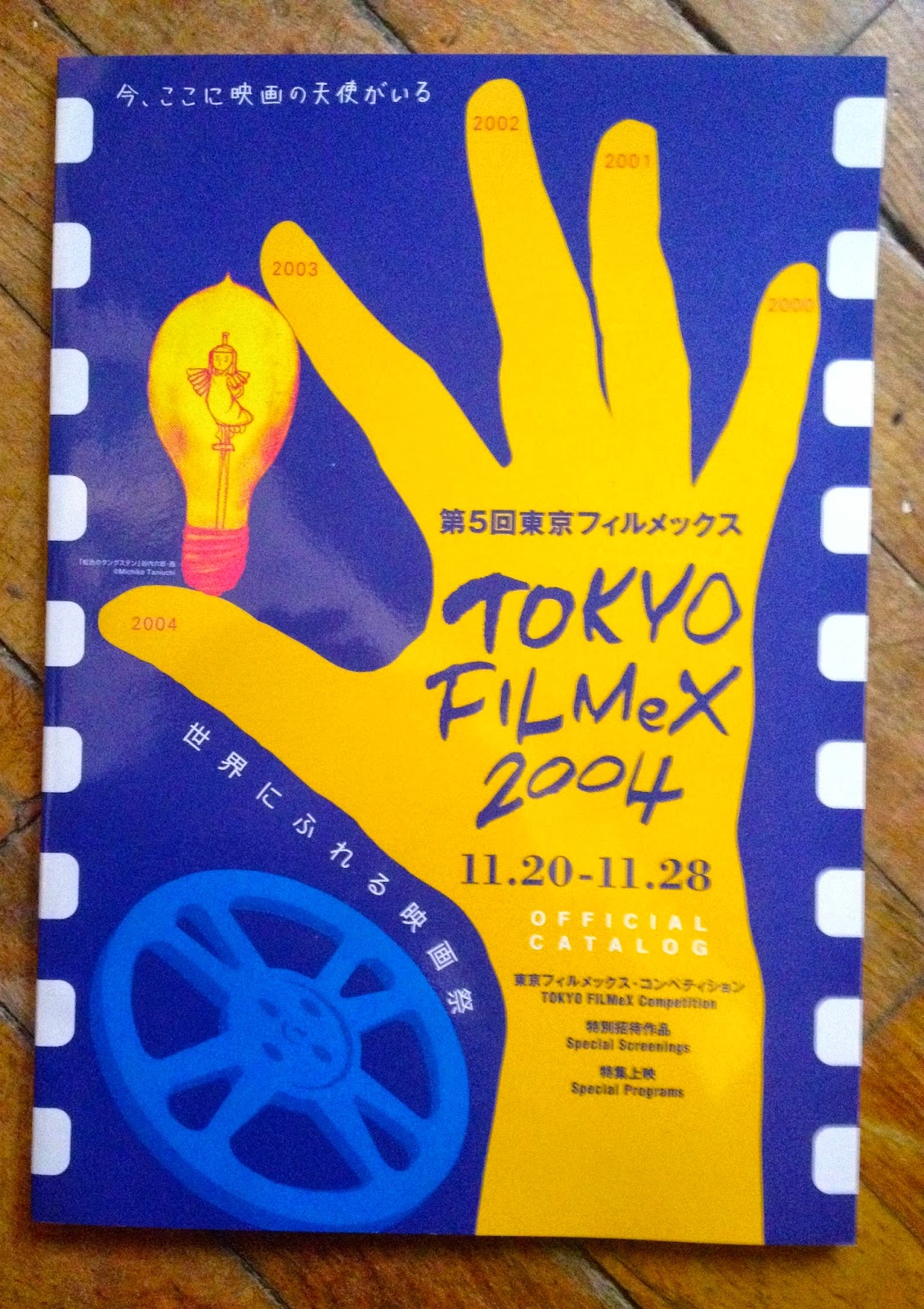 Grady Hendrix has a Tumblr!

News worth breaking silence for. Check it.

The post for this pic: All the girls love Jackie Chan. 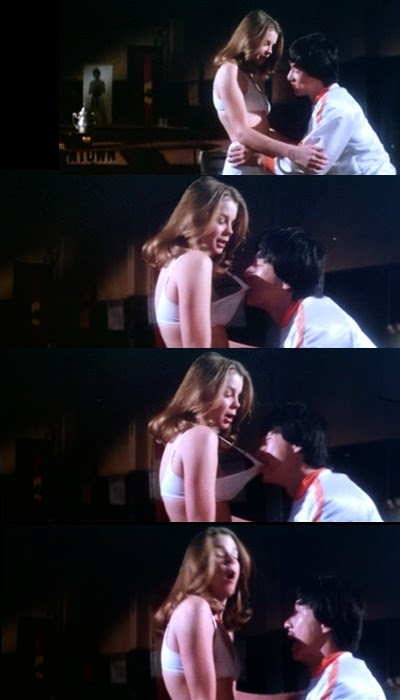 To attend, please register: http://www.munk.utoronto.ca/EventDetails.aspx?EventId=14662
Posted by Colin at 11:25 AM No comments:

This Movie Is Hot!

Found this xerox for Jet Li's debut film Shaolin Temple (1982) taped to a poster for the social issues drama by Allen Gong, Ah Ying (1983). Back in the day when Jackie Chan was often referred to as "Jacky" Chan 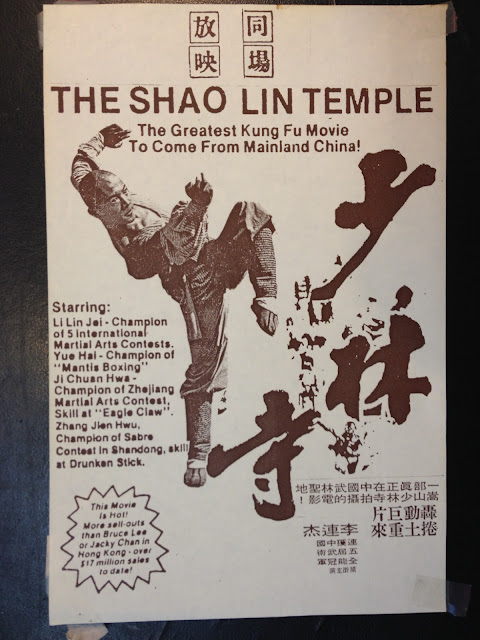 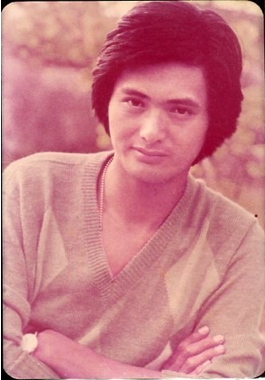 
Register for your FREE tickets

Noticed this as I was folding my poster for The East is Red. 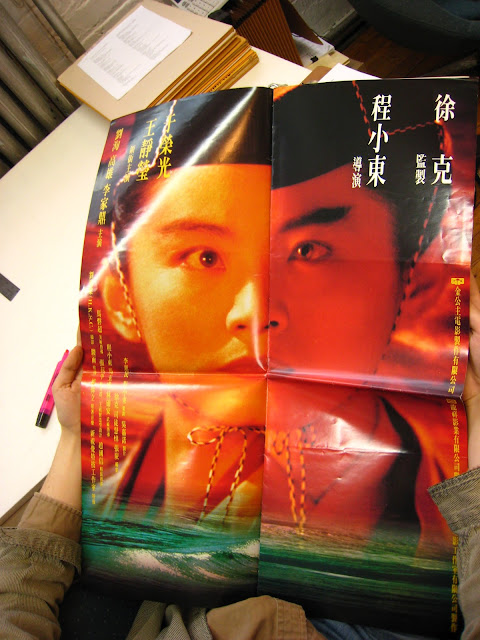 And the original poster: 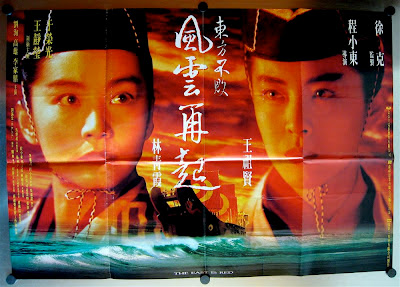 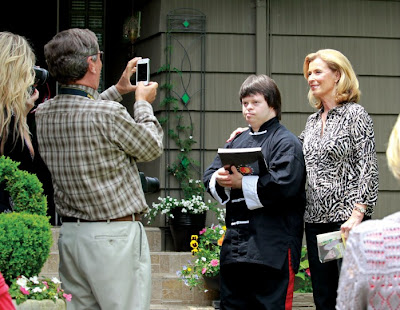 a nightmare of lust and revenge 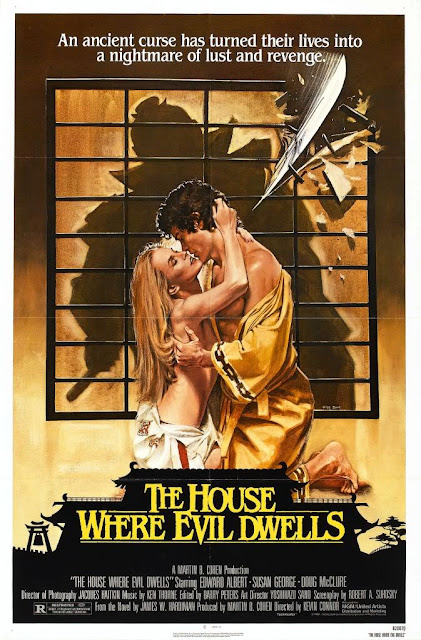 Samurai in a haunted house? AND Susan George? When can I move in?
Posted by Colin at 10:45 AM 1 comment:

Swapping the Blue Nun for the Golden Nun

Here is a poster I wish I had in my collection? Fun Taiwanese martial arts fantasy from 1977! 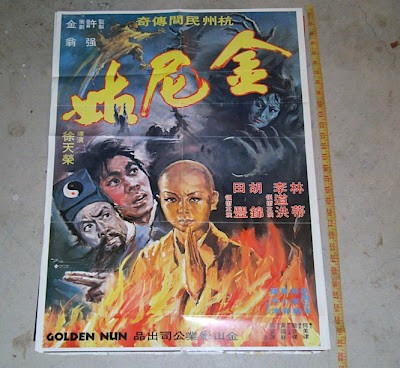 Found over at Retronaut, a silent ride on a tram going through Causeway Bay, Wanchai, Central and Western. All aboard the way back machine!!! 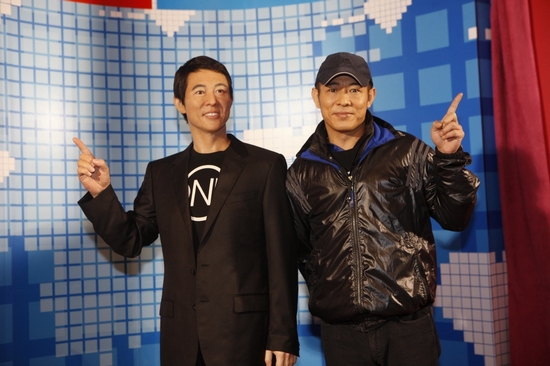 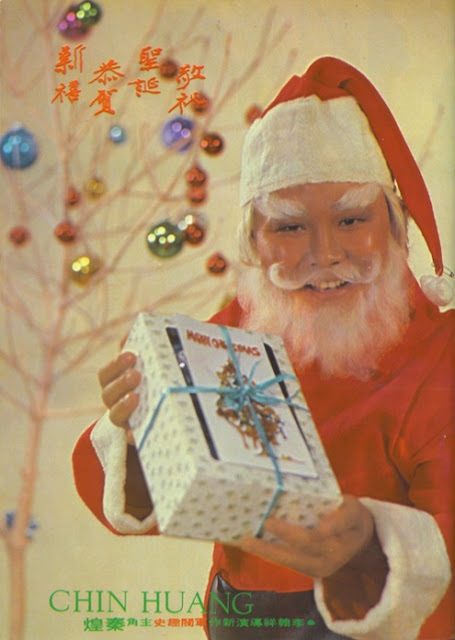 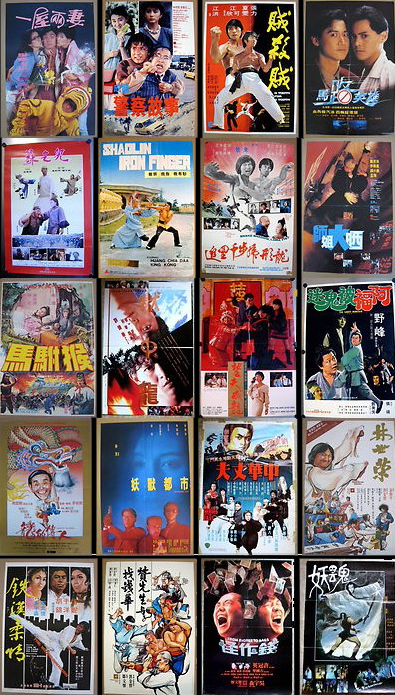