Who was the set designer on KILLER ANGELS responsible for the bloody graffiti on this inset from the lobbycard? 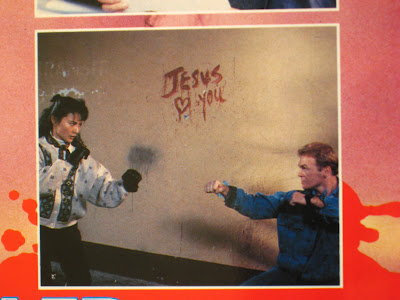 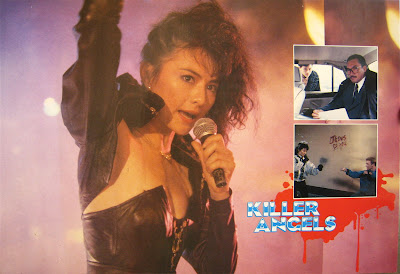 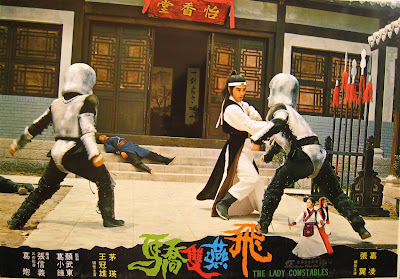 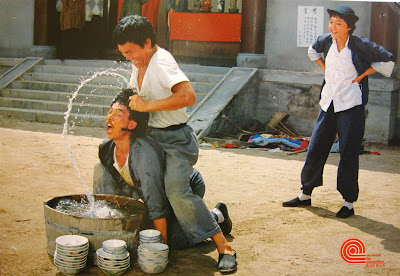 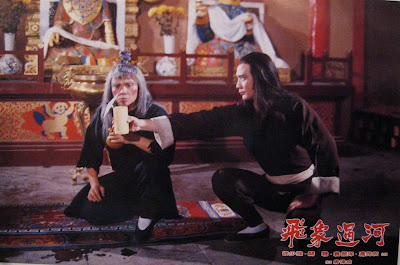 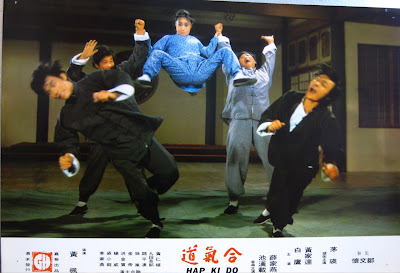 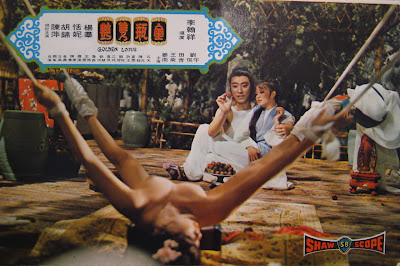 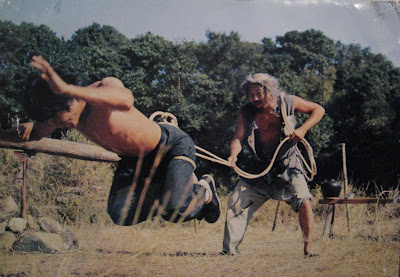 terror in the midnight sun

I added this listing on the blog roll at the side of our page, but never had the chance to let our patrons truly know about Lars Erik Holmquist's recent contribution to the world of twisted cinema blogging. Lars and I met via the early days of the internet when he managed the Hong Kong Cinema Homepage around 1994, the first on-line resource for fans of Asian action. We got the chance to meet here in Toronto when he visited from Sweden and Lars was even able to attend one of my Kung Fu Fridays film screenings (The Bride With White Hair I believe). Even though an ocean separates us, I felt that I had found my Swedish counterpart when we swapped stories of organizing screenings of HK goodness and poster collecting. Right now as I post this, Lars is on his way back from Tokyo and I am looking forward to seeing on his blog what stuff he collected while there.

Meanwhile, read about his collection of posters, particularly this fascinating look at restoration and linen backing.

PS - Rumor has it that he even knows a certain Swedish actress known for her role as a one-eyed avenger...

This was first posted over on Grady Hendrix's resurrected Kaiju Shakedown blog over at Variety and I think I have just the lobbycard to match up with this outrageous story:

On Monday, Jimmy Wang Yu, Hong Kong's legendary One-Armed Swordsman, revealed that Taiwan's Kuomintan (KMT) government was not only responsible for the assassination of Chinese-American writer Henry Liu in California, but that after seeing too many of his movies they asked him to assassinate pro-independence activist Hsu Hsin-liang. 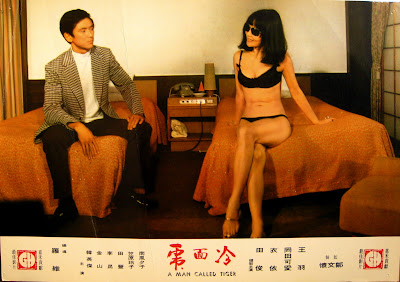 When you least expected it! A trio of random lobbycards! Come up with your own punchy slogans! Have fun! 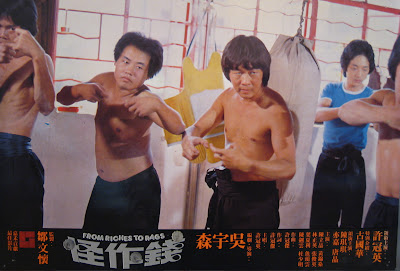 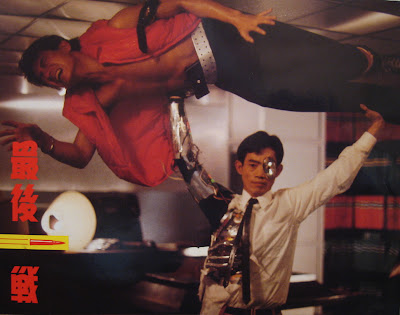 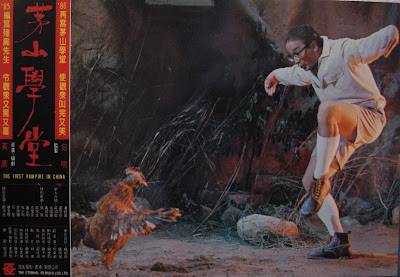 how to give North American kids nightmares

What the hell is the name of this 1973 Japanese kids superhero show? Its like HR Puffinstuff in HELL! I love it!

This in lightning fast from blog reader Don, the answer!This hero is "Diamond Eye"! A one season wonder, Diamond Eye fought these beasties in 26 episodes. From japanhero.com Here is the plot line:

An ancient cadre of evil beasts have awaken in modern times and prepare to conquer humankind. With supernatural magic they masquerade as normal humans to infiltrate and destroy civilization. “Shukan Japan” (Weekly Japan) news reporter Rai Koutaro uncovers their plans and attempts to warn the world. Entrusted with the blue diamond “King of Arabia” ring he calls forth the powers of the mystical godlike entity Diamond Eye, the Warrior of Light to battle the beasts and defend humankind.

And more info on our valiant hero:

When Rai Koutaro is sent a package from Switzerland, he finds its contents to contain a magical blue diamond ring. This is the “King of Arabia” ring and is valued at almost 10 Hundred Million Dollars.

In time of great danger, Rai Koutaro is able to summon forth the magical entity of Diamond Eye from within the ring by using the call phrase “Eye Yo!”

Diamond Eye is a mystical being of Light who is a “Spirit of Justice” and a “Warrior of Light”. He is similar in many ways to a djinn or genie in some respects (or even the Tsuburaya hero Ultraman).

Diamond Eye possesses various abilities that can be seen as almost “god like”. He has incredible strength, stamina, and speed far exceeding those of normal humans. He is also incredibly athletic and can perform various complex acrobatic movements.

His sole weapon of choice is his [Diamond] Stick, a sword-like weapon, which he carries constantly in hand. In addition to using it as a stabbing and slashing weapon, from the base of its handle Diamond Eye can fire his “Noble Punch” special attack. His “Noble Punch” attack is a beam ray attack of incredible power that can stun and immobilize his enemies. 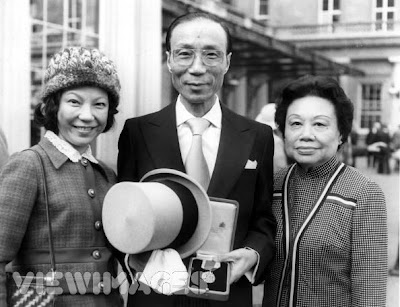 Happy Birthday Sir Run Run!
Check out this article on the founder of the powerful Shaw Brother Studios. You can also listen to the MP3 of it here. And are you a Hong Kong based scientist working in Astronomy, Life Science and Medicine, or Mathematical Sciences who has " “who have achieved significant breakthrough in academic and scientific research or application and whose work has resulted in a positive and profound impact on mankind?” Then you could be eligible for the $1 million Shaw Prize! Mifune looks really pissed on hearning the news for this remake..

Not looking forward to this, especially the director's "permission from Kurosawa Productions to create a single, younger character (Jun Matsumoto, the youngest member of popular boy band Arashi) to reflect the aimless youth of today."

"The announcement is the latest in a string of completed and announced Kurosawa remakes, including recently broadcast made-for-TV versions of Ikiru and High And Low and producer Haruki Kadokawa's big-budget remake of Sanjuro, starring Bayside Shakedown's Yuji Oda.

Sanjuro , which stays faithful to the original screenplay, makes its market debut at this week's AFM on Toho's slate. An animated series of Kurosawa's Yojimbo was produced in 2001."

Been going through my posters and lobbies for a special "performance" project and thought I would throw these up. Blurb!!! Directed by Lo Lieh! 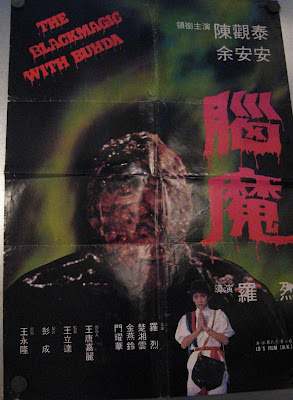 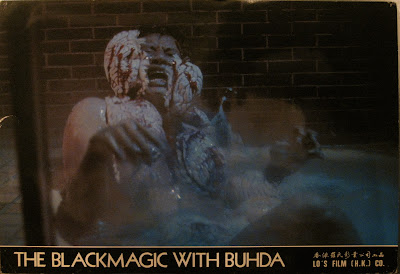 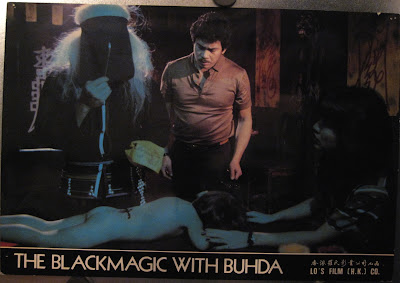