mamet in a cage 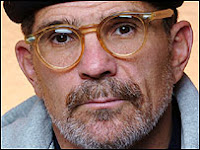 Sony Pictures Classics will fully finance "Redbelt," the latest project for writer and director David Mamet ("The Spanish Prisoner," "State and Main") and will handle worldwide distribution for the film, the company announced Friday. Production will begin in Los Angeles in May with Mamet directing from his original script. "Redbelt" is described by SPC as an "American samurai film, set in the Westside Los Angeles fight world" inhabited by bouncers, cage-fighters, cops and special forces types. The story revolves around Mike Terry (Chiwetel Ejiofor), a Jiu-jitsu master who has avoided the prize fighting circuit, choosing to instead pursue a life of honor and education by operating a self-defense studio in Los Angeles. Terry's life is dramatically changed however when he is conned by a cabal of movie stars and promoters, and in order to pay off his debts and regain his honor Terry must step into the ring for the first time in his life. [Brian Brooks] 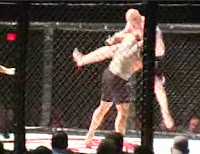 added on June 20th - just found this article with way more info on the production.
Posted by Colin at 11:40 AM No comments:

From the master of HK extras for those swank French dvd releases, Fred Ambroisine, come these juicy glimpses... 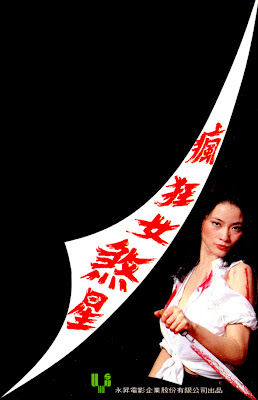 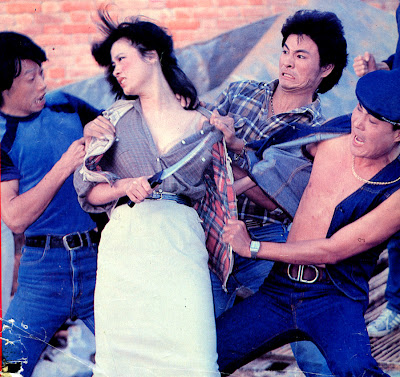 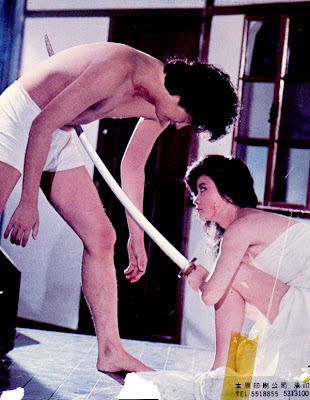 this is no joke

Big sorry for being away from my blogging duties for so long. I am breaking my silence with this hot news that I first read over on Variety and then learned more about thanks to JackieChan.com:

Chan, Foreman team for grill endorsement Take a great idea and build on it. That's been the story of entertainment attorney Sam Perlmutter and his partnership with heavyweight champ George Foreman and the Lean Mean Fat-Reducing Grilling Machine. Perlmutter's clients include producers Avi Lerner and Moshe Diamant, and he has acted as exec producer on several films, including "The Fourth War," "No Good Deed" and "Redline." But it's his 17-year partnership with Foreman on those ubiquitous grills that continues to grow in new directions. Hoping to spread the magic to Asia, Foreman and Jackie Chan just finished shooting an East-meets-West infomercial in Hong Kong. "The Asian market doesn't know George well, but they know hamburgers and they know Jackie," says Perlmutter, who came up with the pairing of the grill and the boxing champ in 1994. Back then, instead of paying Foreman a salary, appliance manufacturer Salton made an unprecedented deal with Foreman for 45% of the profits. Perlmutter, as Foreman's partner, also got a share. In 1999, with the grill at iconic status, Salton bought out the partnership, paying Foreman and Perlmutter almost $140 million for rights to Foreman's name in perpetuity. "Most of it went to George," says Perlmutter, "But I did very well, too." Flash forward to 2006. The only market the grill has not penetrated is Asia. Chan was looking for endorsement opportunities, and after months ironing out conflicting schedules, the filming of the infomercial came together. The launch of the ad campaign in China is planned for August, with Japanese and Korean versions to follow.

Over at Jackie's website, there is an interview with the two champions about life, boxing, business and the George Foreman Comfort Zone line of clothing. Poke around further and you can find Jackie's scrapbook that serves as a lovely reminder of the happy time that he and George had in Beijing shooting their infomerical. 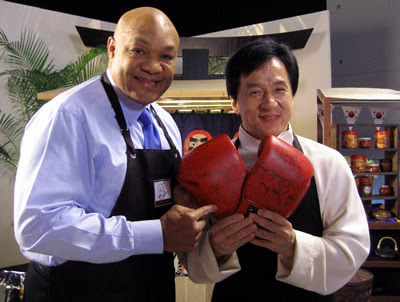 And no, this is not a late April Fool's Day joke... 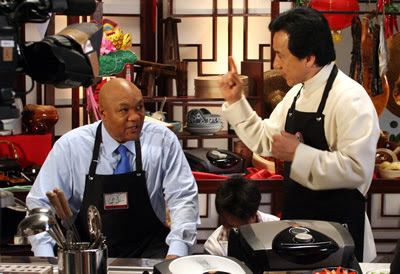