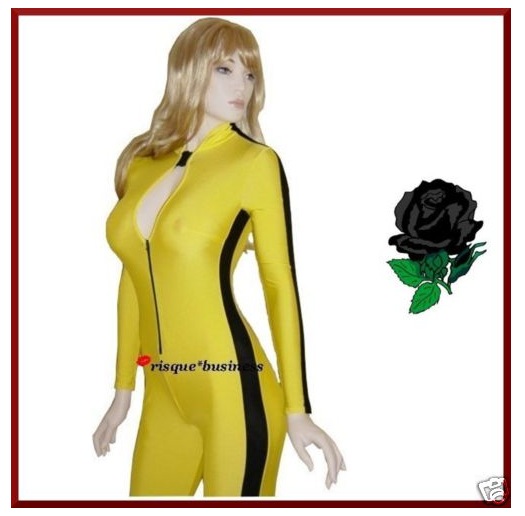 It is a yellow and black stretch catsuit which moulds to your body shape and has bootleg-cut legs - also features a very handy hidden zip around the crotch so you do not have to remove the entire catsuit for bathroom breaks - or for any other purpose!

It is tagged as a Medium and due to the two-way stretch is recommended for an Australian size 8 to a small size 14 (US size 4-10 / UK size 6-12), but please see the below measurements for specific fit.

The approximate measurements are:

Time for a little Evil Cat (凶貓)! Nope, not a YouTube video of someone's pet running amuck, but a fun little horror film starring Shaw Brothers director Liu Chia-Liang (who also served as the film's action director) and Mark Cheng. It's been a long time since I saw it, but I remember it as a fun mix of Eastern superstition topped with kung fu action. HK comedy/trash king Wong Jing penned and stars in it and it was directed by Dennis Yu, who had a short run as a horror film director after debuting with the brutal and violent revenge film The Beasts (1980) and The Imp (1981). (Photos from my collection) 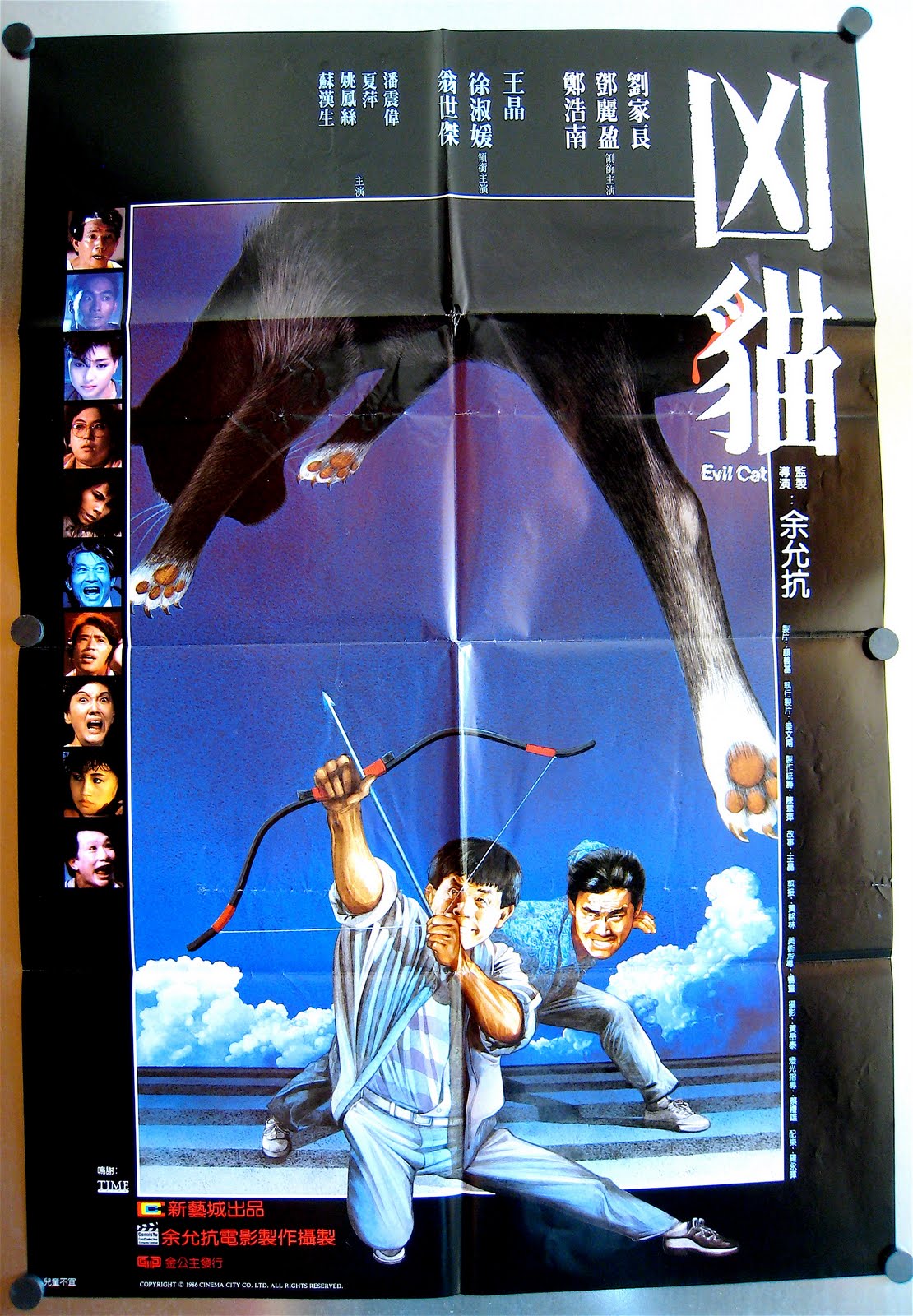 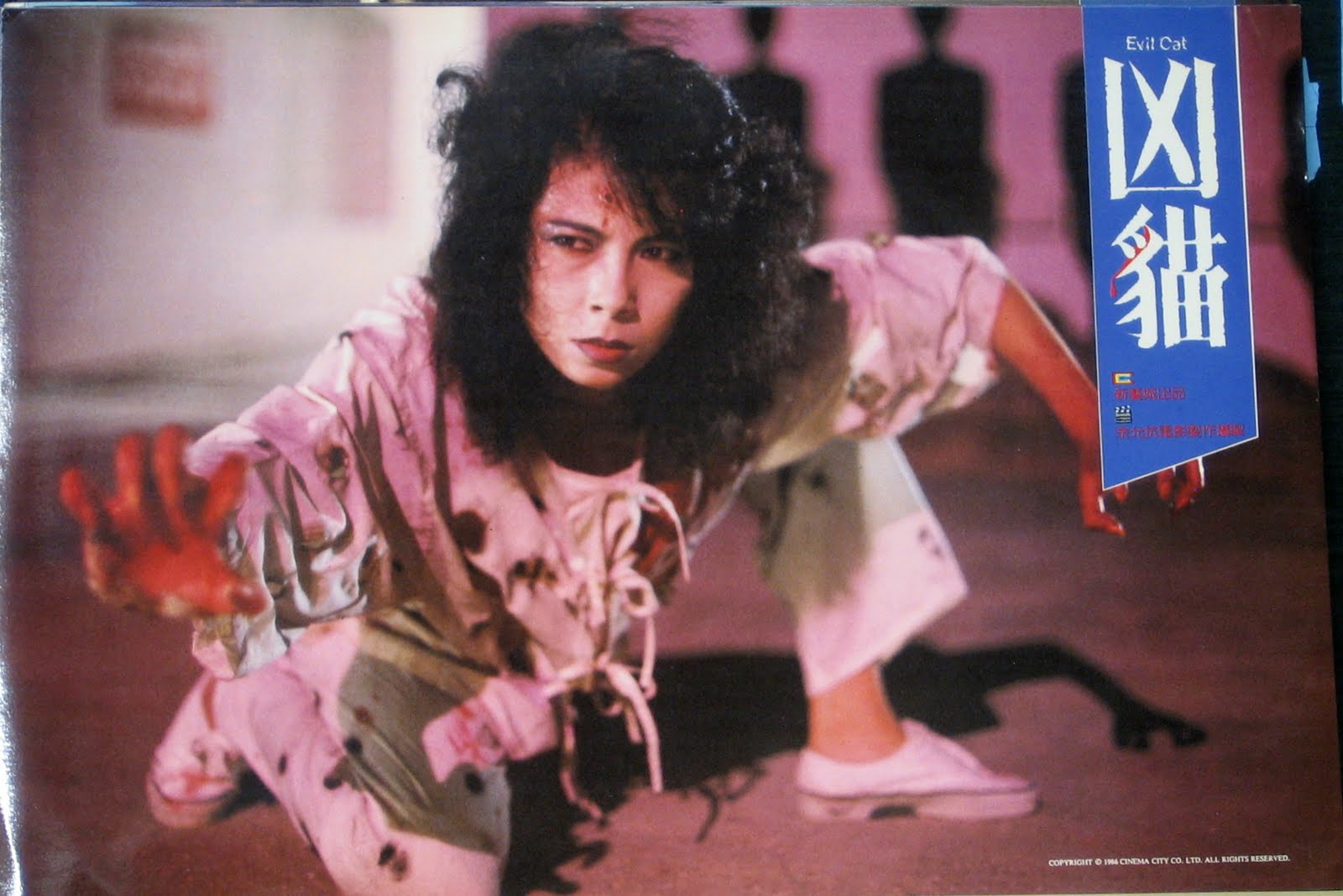 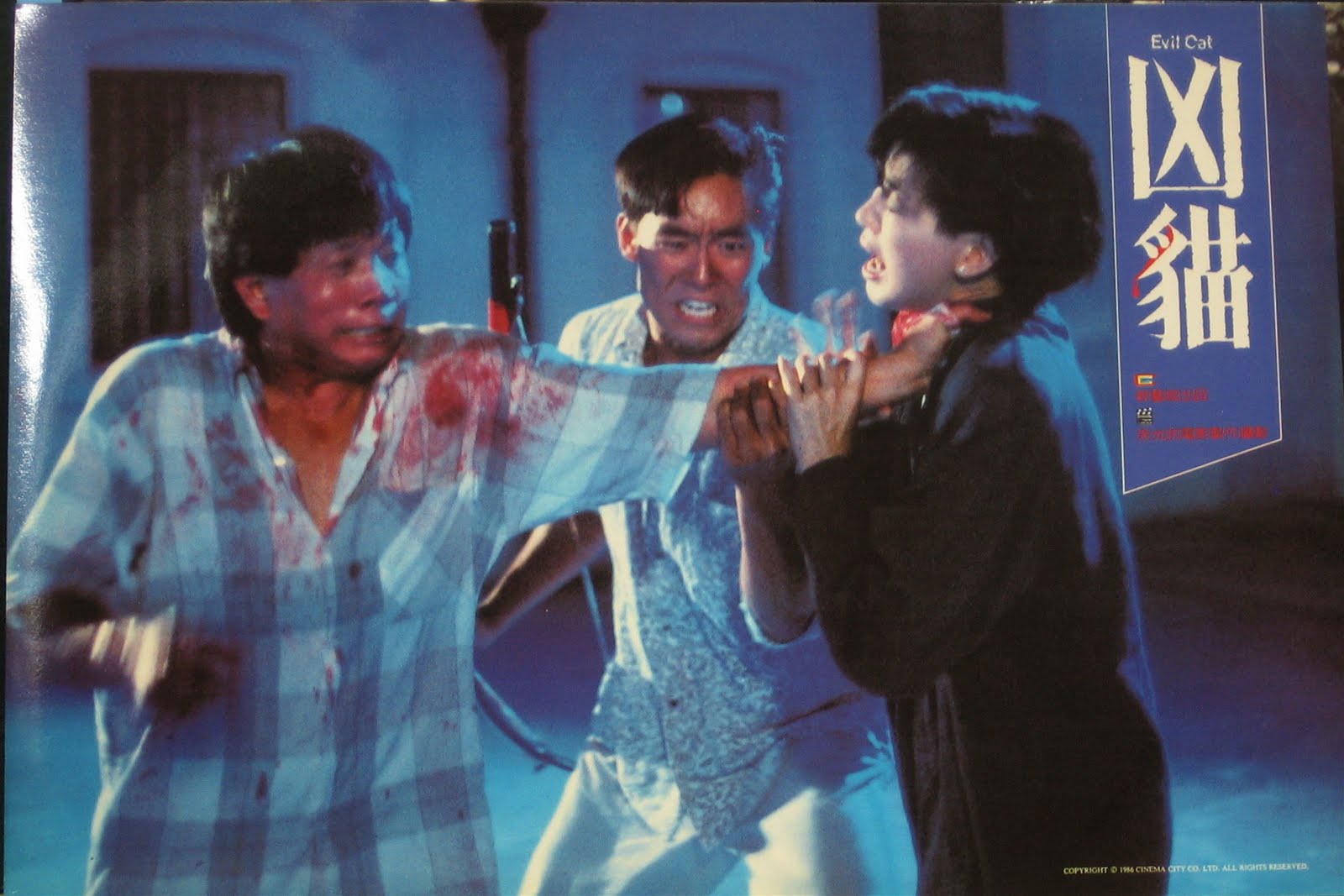 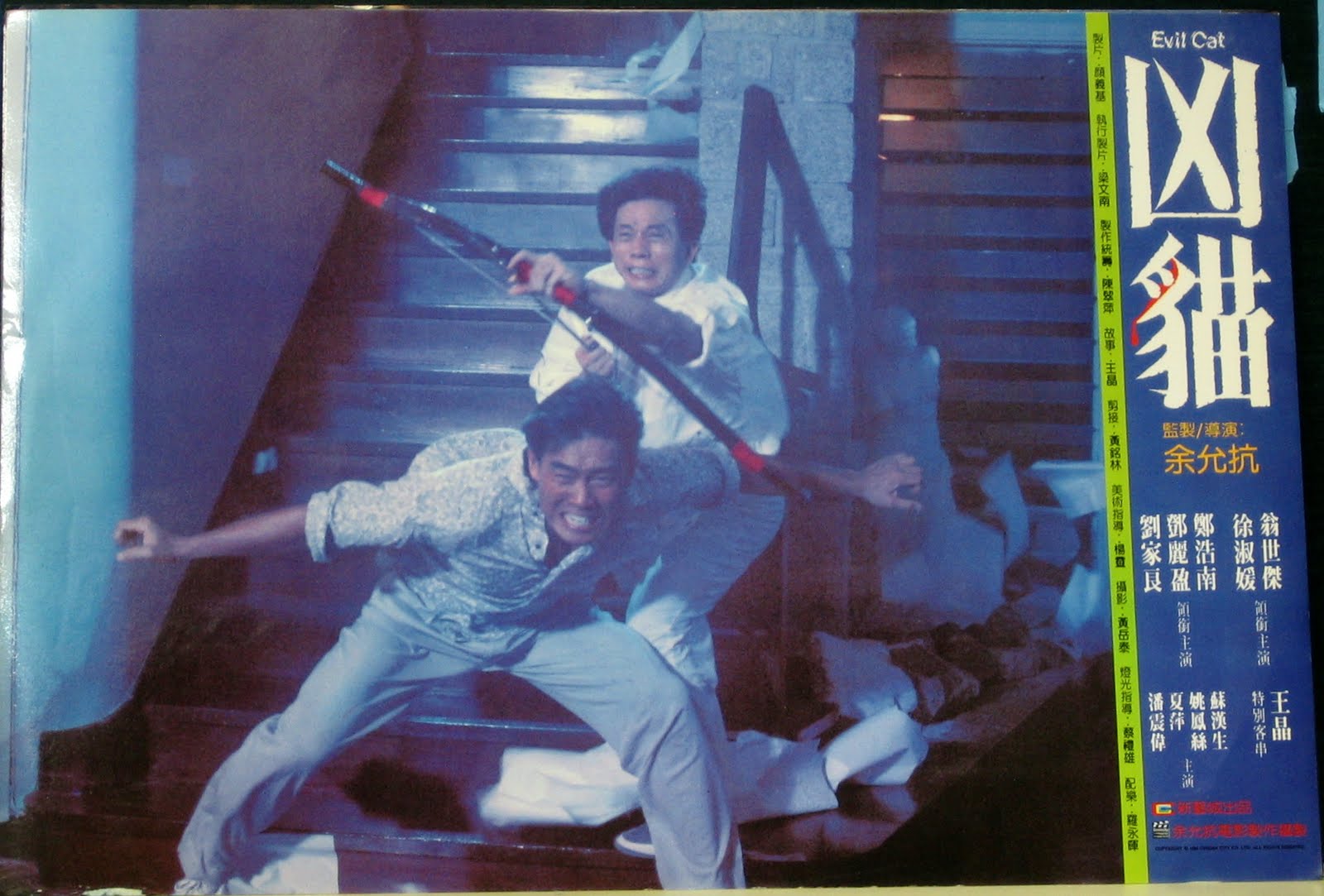 quote of the day

"I used to love Hong Kong. I had hopes for it, and that’s why I was constantly critical. Now I just hate it. I look at the younger generation, young couples hugging teddy bears in the street—what hope do we have?" - Anthony Wong, actor

My Neighbours Are Phantoms 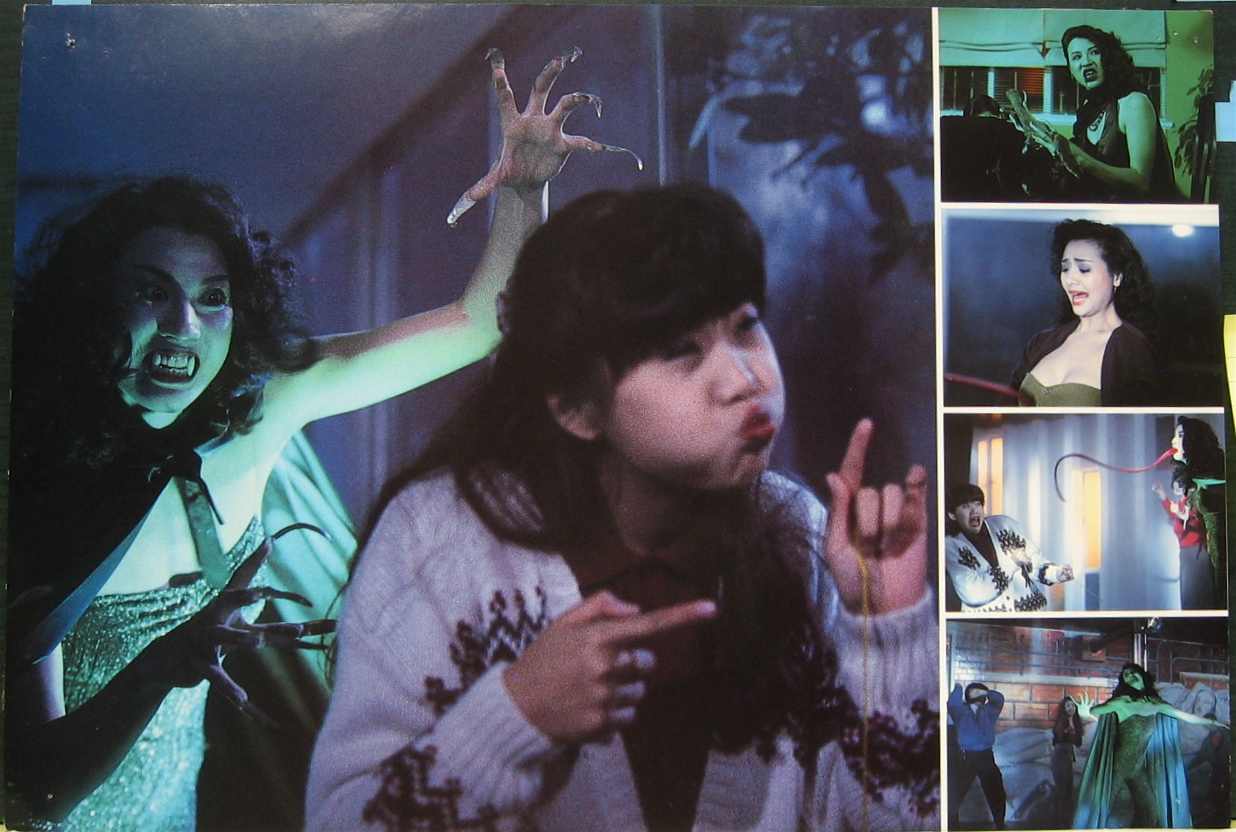 A random lobbycard from one of the early Hong Kong ghost comedies that I rented when I started going into Chinatown video stores. I think I still have a dub of this somewhere on VHS! Some good ghostly boob jokes in this one!

Haven't posted for awhile as I have been pre-occupied with other jobs and projects including this one that I will be detailing over on my other blog: http://spiltpopcorn.blogspot.com/2011/06/spooling-up.html
Posted by Colin at 11:40 AM 1 comment: