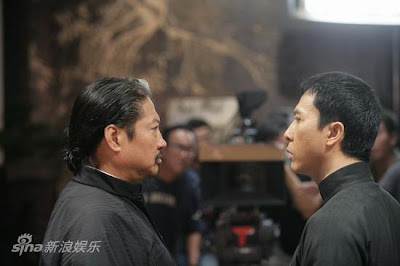 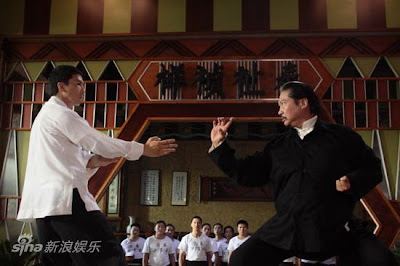 Retirement news via Twitch
IP MAN 2 pics via Roast Pork Sliced From A Rusty Cleaver (there are more, so check them out)
Posted by Jeff at 11:54 AM 1 comment: 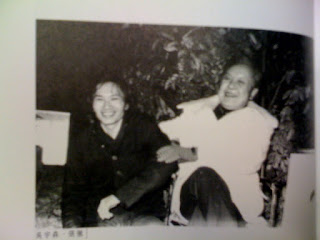 Recently I was at the Asian studies library at U of T and found a book
chock full of pics of old HK film folks. It's a reference library, so
I want to return with my digital camera and get some decent shots of
them to post, but in the meantime, here is one I took with my phone of
a very young John Woo with his mentor Chang Cheh. The book was in
Chinese, but I will get a translation of the title of it.
Posted by Colin at 1:00 AM No comments:

Back when I was madly watching every Hong Kong film I could get my hands on and scribbling reviews for my zine, Asian Eye, I would trek out to Chinatown East and rent VHS tapes from China Book Store. The back of the store was crammed full of video boxes and in the years that I went, I only ran into other gweilos once. And sure enough, one of them had a copy of my zine jammed in their back pocket. I slowly stopped going as the HK industry started into its decline and VCDs/DVDs took over as the way to stay abreast of the scene. 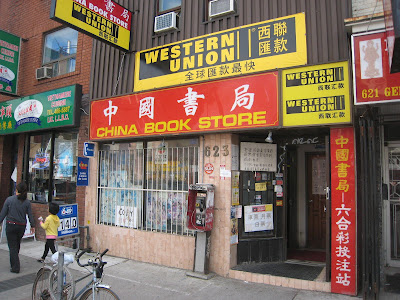 Last spring as my girlfriend and I were biking through that area, I decided to show her one of the sources for my fountain of my HK knowledge. Luckily my obsessive hobbies are an amusement to her. I guess I shouldn't have been surprised with what I saw when we stepped into the shop - all the VHS long since gone. Bums me out because they had so many that have not been released onto DVD. What did remain of their stock was being sold - $2 for a bag of 8 tapes! We grabbed a much and went through them as some of the tapes had no English on them. 60% were duds (educational or business or dull mainland stuff with no subs), but did score the following: Ronny Yu's China White, the sleazy Red to Kill, Dennis Yu's The Beasts, the Sammo Hung produced sci-fi film Final Test and others. Only just stated to pop them into the VCR now that I have some time and delighting in the mucked up tracking and finding wild trailers packed at the end of the feature. Enjoy thinking back to when I first stumbled upon these images and how fresh and exciting they were. Pardon me while I wallow in nostalgia for a bit... wait a minute - guess that is all I ever do on this blog! 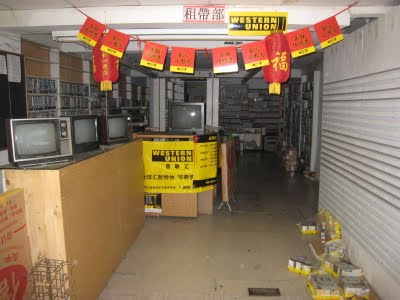 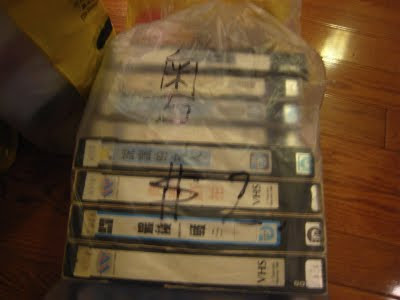 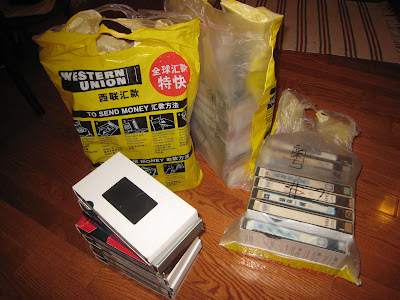 Working on a post about my print collection and to tide you over til I post it, some snapshots from the stacks of reels 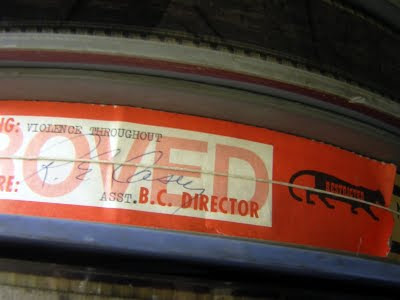 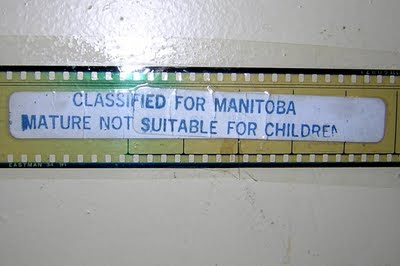 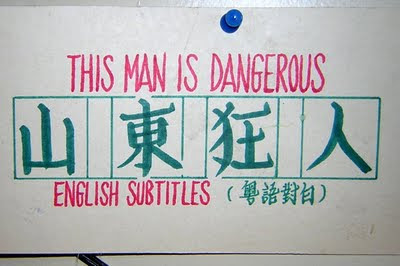 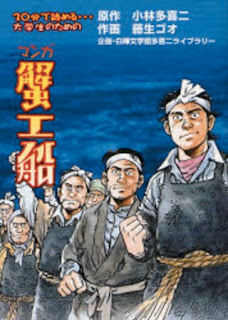 The writer/director of MONDAY, UNLUCKY MONKEY, and POSTMAN BLUES; Sabu's new film KANISKOSEN recently screened at the New York Film Festival. The film stars Ryuhei Matsuda of TABOO, BLUE SPRING and NIGHTMARE DETECTIVE, and the Auteurs Daily wrote an article about it. Included in the article is a link to a PDF file of the novel that KANISKOSEN is based on. Can you read Japanese? If you can... Well then enjoy what I can't.

There's also a manga (pictured) based on the novel that is very popular and could be worth seeking out depending on how big a Sabu/manga/cannery ship fan you are.

KANISKOSEN: THE NOVEL
Posted by Jeff at 12:43 AM No comments:

I pulled these images off a forum ages ago and have been meaning to post it here. Love to track this one down, but I fear it is lost, lost, lost. A giant General Kwan (The God of War but also considered the God of Wealth) defending Hong Kong from giant alien invaders! How awesome is that?! Time for Tsui Hark to produce a remake! Any leads on the translation of the title? The final image is of an assortment of newpaper ads for other HK releases of kaiju films including Inframan and the Hanuman meets Ultraman film as previously posted. 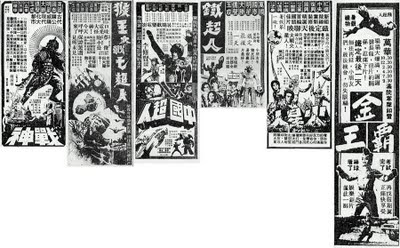