the real Balls of Fury...

Just stumbled across this two part ad for the camera Nokia N96 cell phone with "Bruce Lee" playing ping ping with his nunchucks. and doing a variety of other fun tricks. Practice these for winning bar tricks. You'll make a killing on the road as a kung fu grifter. Now give me a free phone, please Nokia.

a video after my own heart...

For those of you not getting the reference, the name of my personal business is Ultra 8 Pictures, named after a cool t-shirt that my friend Steve brought me from Japan that had an "Ultra 8" logo on it --- as in Ultraman, the joke being that the series ended at Ultra Seven and there is no "Ultra 8". That is til me, and then later, the reunion series called "Ultraman 8".

This brief post has been brought to you courtesy of my pal Mike who directed my attention to this video by Bloc Party for the song "Flux." 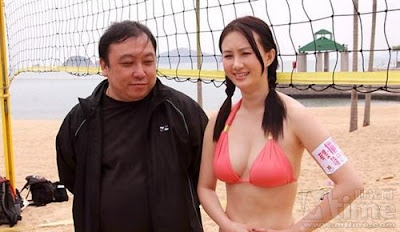 A behind the scenes shot of HK director Wong Jing on the set of KING ZOMBIE (Yau Ji Geung Bai Am Lynn Nei which literally is "The Zombie Who Loves You Secretly"). Found over at Monkey Peaches. Photos from www.mtime.com.

"A group of young models come to a remote island for some swimsuit shoot and a cursed zombie is awakened by accident..." 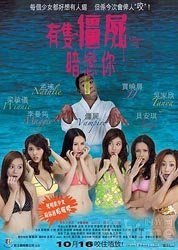 If you live in or nearby Toronto, Christmas treats are being delivered early this year with a FREE screening of the Kung Fu Fridays cult favourite, ENTER THE FAT DRAGON, starring Sammo Hung! 35mm print! Big Screen Thrills! Be sure to show up early to get a seat!

Time to relearn the one of the first cinematic combat styles taught in the temple of the late, lamented Kung Fu Fridays with Enter The Fat Dragon, starring Hong Kong fight flick legend, Sammo Hung. In this rollicking tribute and loving send-up of the legacy of Bruce Lee, Sammo plays a farm boy who comes to Hong Kong to work for his uncle. He idolizes Lee and attempts to act like him, fight like him and even dress like him, every chance he gets, leading to a mix up with a bunch of crooks who kidnap the girl he has a crush on. Sammo had worked with Lee on Enter the Dragon, appearing as a Shaolin fighter who spars with Lee at the beginning of the film. His respect for the screen icon shows as every scowl, thumbed nose, shriek, and hand gesture is nailed down perfectly. Loads of laughs and the last reel is chock full of wild fights as Sammo dukes it out with a European boxing champion, a black karate expert a la Jim Kelly from Enter the Dragon, and a Chinese kung fu master of played by Leung Kar Yan, who played the bad guy in several Kung Fu Fridays picks including The Victim, My Life Is On The Line and Five Kung Fu Daredevil Heroes. Without a doubt, Enter The Fat Dragon is one of Sammo Hung's most entertaining films and the features the best imitation of Bruce Lee ever seen on screen. Many thanks to Rob King for making this screening possible!

Check this clip from the flick!

beaten to a pulp (fiction) 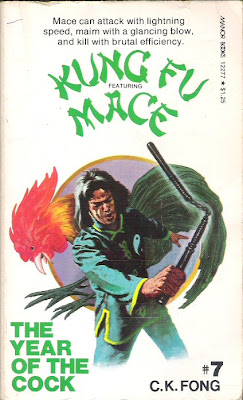 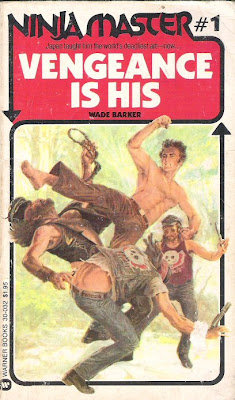 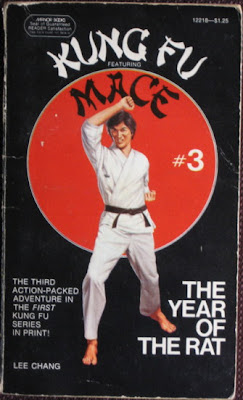 posters from over there and here

Here are some Japanese eiga chirashi I found while browsing on eBay today. They are the little movie flyers that are found in cinema lobbies. They always have striking designs. Also, I found some Taiwanese posters for I LOVE MARIA and BUTTLERFLY MURDERS. Sweet! 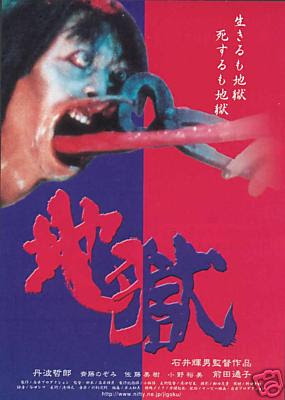 John Woo's BULLET IN THE HEAD 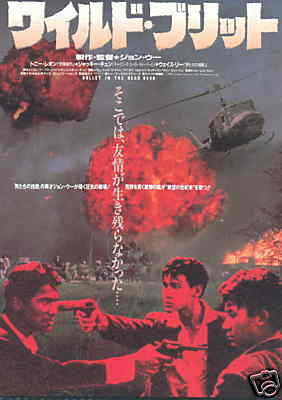 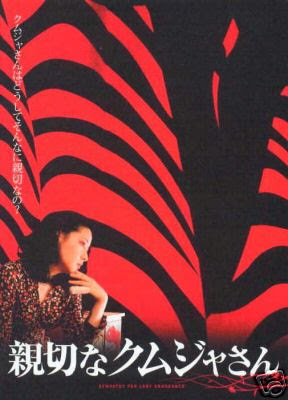 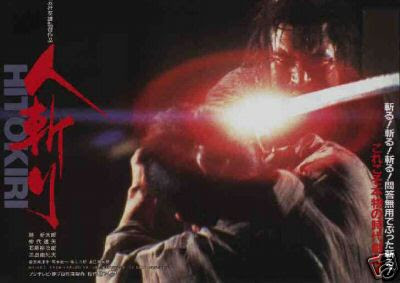 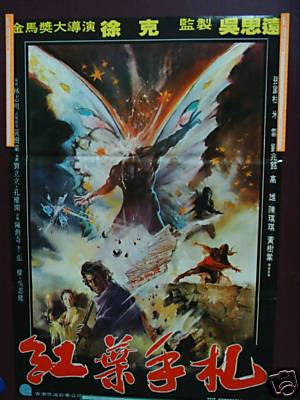 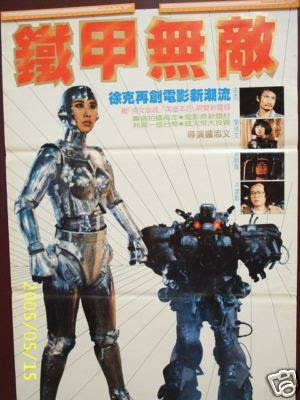 Just stumbled across the news of the Chinese 50 episode TV series The Legend of Bruce Lee over at Kaiju Shakedown, which in turn got the news from Mark Pollard's great site, Kung Fu Cinema.

Bruce Lee finally comes to mainland China. That’s the angle many news outlets are taking in describing THE LEGEND OF BRUCE LEE, a 50-part prime time TV series described as a “biography” of the famed martial artist and film star that begins airing on state-sponsored Chinese television on Sunday. Despite dozens of films and TV series from Hong Kong, the U.S. and elsewhere that have depicted Bruce Lee and his life ever since his premature death in 1973, no attempt has been made by mainland Chinese producers, at least on this scale, to cover this topic until now.

Read the full story here including details on the involvement of Mark Dacascos (BROTHERHOOD OF THE WOLF), Ray Park (STAR WARS: EPISODE ONE - THE PHANTOM MENACE), and Gary Daniels (CITY HUNTER). Here is an extended trailer (which just seems to be a loop of various versions of the credit sequences.

And in celebration of this series, here are a number of Bruce-sploitation themed posters including a HOT black light poster I scored on eBay a few years ago. Enjoy! 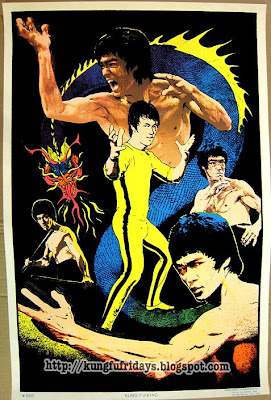 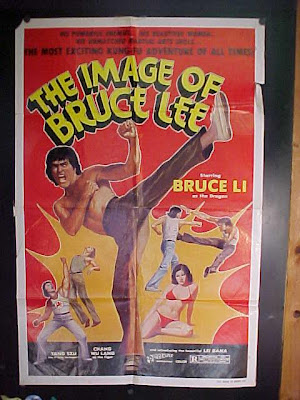 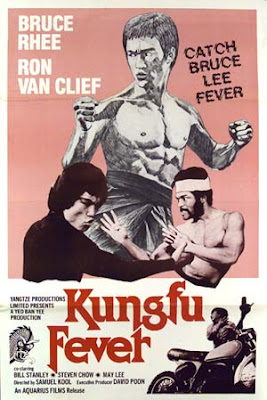 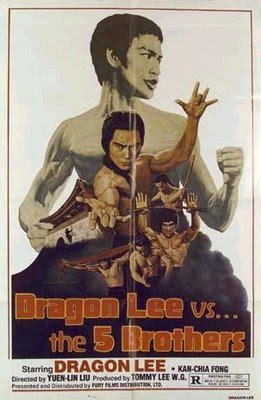 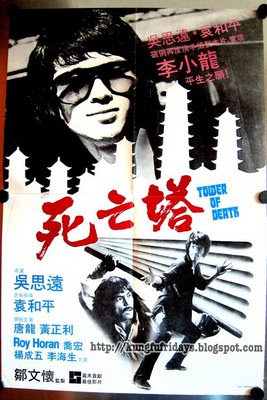 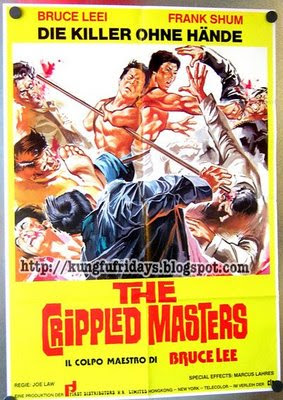 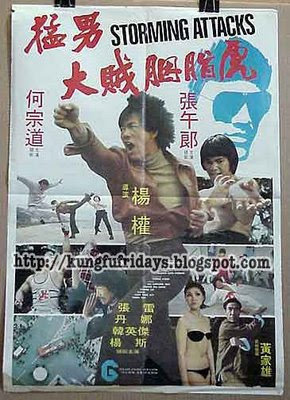 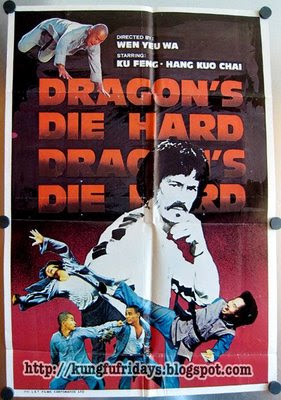 As I looked up YouTube stuff for Chiu Man Chuk, I came across these martial arts star ads. Bland for the most part, especially the Tony Jaa auto ad, but Donnie Yen always looks sooooo sharp. 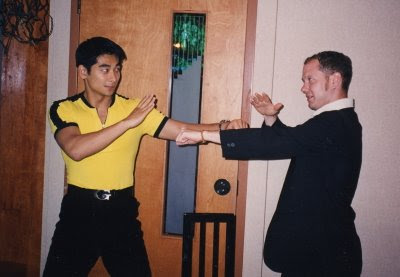 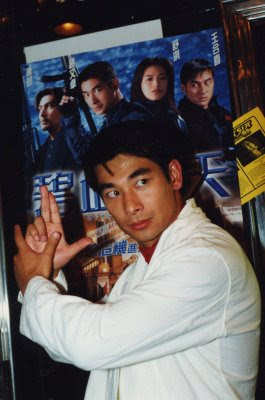 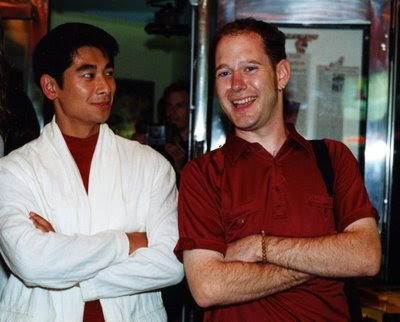 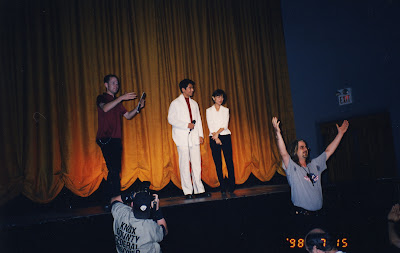 There has been lots of dusty collecting on the floor of the temple. Promise to sweep it out more often and light some incense to clear the air. By that I mean, more regularity with the posts. Meanwhile, here is a Halloween themed posting about a recent screening in Winnipeg, Manitoba: 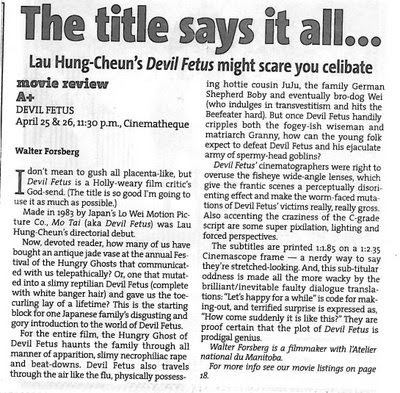 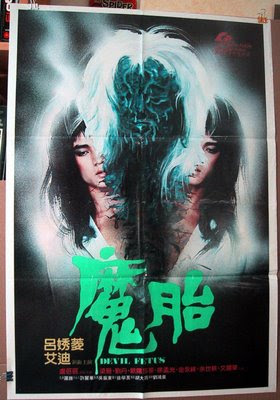 And some highlights with the print played in Sitges last year as part of the Mondo Macabro series. WARNING: Spoilers ahead!