another cross post from my entry over at the Toronto International Film Festival Midnight Madness blog...


Almost every year we since we screened FUDOH in 1997, TIFF has showcased one of that year's new works by Takeshi Miike. For this years choice, SUKIYAKI WESTERN DJANGO, we had an extra treat in store for the audience from Miike.

The last time Miike was able to come to Toronto was for the world premiere of ICHI THE KILLER, but a little incident that became known as 9/11 left Miike stranded in a west coast US airport. Since then, every time we have selected one of his films, his shooting schedule has gotten in the way of him making a personal appearance. This year, as we were confirming guests, we were again denied his presence as the film was getting premiered in Venice and then he had to return to Tokyo for the film's theatrical release, but we were graced with the two lead actors, Yusuke Iseya and Yoshino Kimura. We were excited when we got the news as we had never had any actor appear for a Miike film, let alone two! They were a pleasure to have grace our stage and the audience took an immediate liking to them as you can see in the video. Once they left the stage, we had one more surprise for the fabulous fiends that are the Midnight Madness audience: a video message from Miike, hand delivered from Venice by the film's festival publicist, Jill Jones from DDA PR – one of the easiest going publicists I have had the pleasure to work with in my ten years at TIFF.

My favourite part of the video? The crowd's reaction when Miike tells them where the best audience in the world is located. Watch and see...

Been tardy in posting on this blog of late, but this should make up for it. Okay, so I am double dipping on the post process since I just put this up over at the blog I maintain for the Midnight Madness section of the Toronto International Film Festival which I programme, but you wouldn't have known about it otherwise right?

I first met director Wilson Yip in 1999 when he attended the Festival with his film BULLETS OVER SUMMER. Programmer Noah Cowan introduced us, knowing my love for Hong Kong films and almost immediately I was able to break the language barrier by complimenting Wilson on some of his previous films BIO-ZOMBIE, MONGKOK STORY and the fun horror anthology MIDNIGHT ZONE. After that we kept in touch and would meet in Hong Kong when I'd visit and hung out together at the Udine Far East Festival in Italy.

In 2000 I was able to roam beyond my usual world of celluloid shockers and select a film outside of Midnight Madness. That film was JUILET IN LOVE, directed by Wilson Yip and I was able to show off that I do have a sensitive side of my cinematic tastes. At the end of the screening, several members of the audience were sniffling and wiping tears from there eyes. A refreshing change from the usual shrieks, screams and laffs at Midnight!

In 2005 it was an honour to welcome Wilson into the Midnight Madness arena with SPL starring Wu Jing, Donnie Yen and Sammo Hung. Being a fan of HK films, to be onstage with Wu Jing and the legendary Sammo Hung before a cheering audience of 1200 was one of the highlights I have had working for TIFF. The reaction for that film was overwhelming and if you haven't seen it, run out and get the fabulous 2 disc version that is out on Dragon Dynasty under the re-titled name of KILL ZONE. Zip into our blog archives to get Midnight Madness blogger Carol's memories of seeing Sammo on stage for SPL.

A year later, Wilson unleashes the whiplash attack that is FLASH POINT. At last, here is the edited introduction with a special email greeting from star Donnie Yen and the Q&A with Wilson following the movie. Sorry about the poor video and sound for the start of the Q&A, but it clears up two minutes into the video.

And good news for those who missed the screening at Midnight Madness, for according to Bey Logan at his Dragon Dynasty blog, DD will be doing a limited theatrical release of the film in the US before it gets a video release. Originally planned as a prequel to SPL, the story behind the writing of FLASH POINT is an interesting look at how the HK film industry operate. Check out Bey's inside scoop on the evolution of FLASH POINT over at his blog.

Yen be serious and Yen be fierce

Posted by our good pals at Twitch Films, the trailer Tony Ching’s AN EMPRESS AND THE WARRIORS starring Donnie Yen. And don't let the Tony Ching name fool ya, its just another way of saying Ching Siu-tung (A CHINESE GHOST STORY, SWORDSMAN 2, HEROIC TRIO, etc)

My film fest mafia brother Simon Rumley, director of THE LIVING AND THE DEAD, just came back from Shanghai and sent me these lurid posters from the dvd markets... 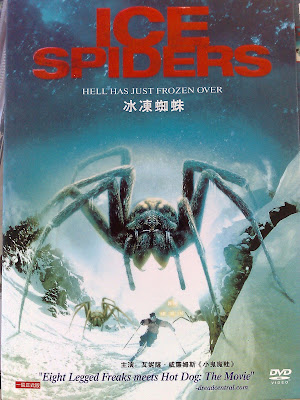 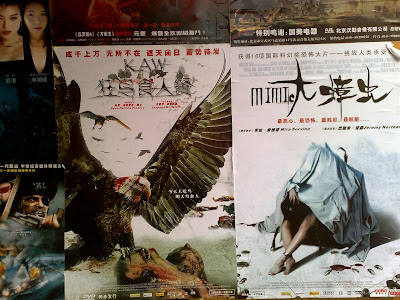 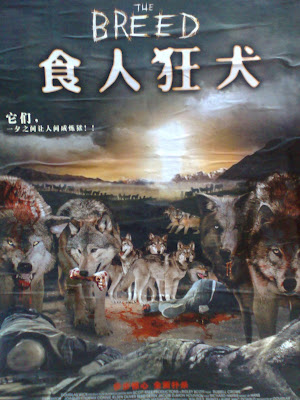 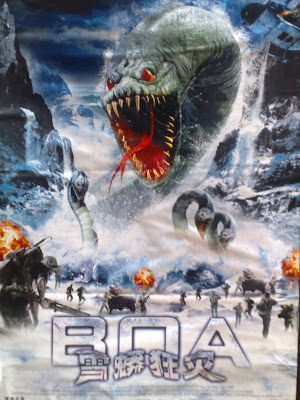 but didn't he beat the pirates already? 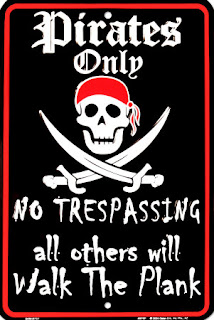 Oh Jackie! According to Variety, in mainland China, Jackie Chan is doing his bit in the fight against piracy by offering a message of thanks via 200,000 antipiracy refrigerator magnets to be given to consumers who buy authentic copies of "Perfect Stranger," "The Bourne Ultimatum" and "No Reservations."

I remember the good ole days when Jackie would actually use his fists to beat pirates...

Torn from local headlines! "Local" referring to the home of this blog, Toronto and surrounding area.

Police arrested a woman in Milton last night after two people were slashed with a samurai sword.

Halton police said the incident began in a man’s apartment across the street from the Petro Canada Service Centre at Steeles Ave. E. and Martin St.

They said the victim was having an argument with his girlfriend when she grabbed a sword that was on display in the apartment and struck him on the shoulder, arm and head.

When the victim’s brother heard the commotion, police say he told the woman to leave. That’s when investigators say she headed across the street to the gas station and began smashing windows.

“Anytime someone’s running around with a sword, you can imagine (they’ve) taken (the dispute) to another level,” said Staff Sgt. Larry Masson.

A window and two glass doors in the gas station had been shattered, as were the windows of a car parked outside.

An off-duty firefighter who was pumping gas was cut on the arm when he tried to intervene, and was rushed to Hamilton General Hospital.

As police arrived at 8:45 p.m., gas station employees overpowered the woman. She was taken to Oakville Trafalgar Memorial Hospital to be treated for injuries. Her boyfriend was treated at Milton District Hospital for non-life-threatening injuries.

Thanks to Steve Manale for the hot tip! 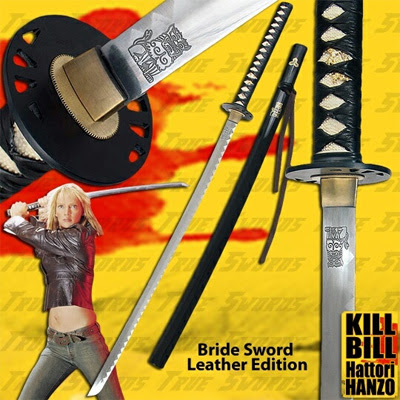 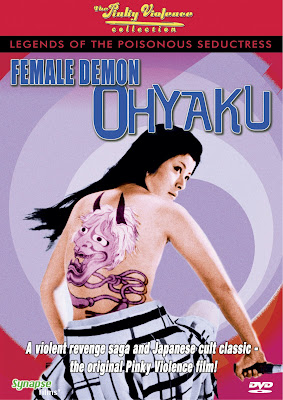 This in from cinema patron Marc Walkow's blog, Outcast Cinema about Synapse Films' three-disc release of the Legends of the Poisonous Seductress. After watching these trailers, I am itching to see the features, especially the first entry in scope black and white that looks absolutely delirious! Here are the trailers and an assortment of pics from the films, but for better context, visit Marc's blog.

There is such a wealth of undiscovered Japanese films out there. Everyone goes on about the Lady Snowblood films, but there are a number of other wild action film series such as Wicked Priest or Oichi The Blind Swordswoman (aka CRIMSON BAT). Seeing these projected with an audience today would be a blast!