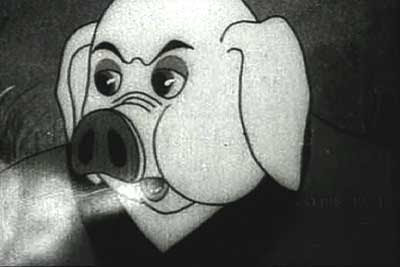 I just stumbled across a small but really cool collection of early Chinese cinema while browsing archive.org, including PRINCESS IRON FAN, the first feature length animated film produced in China.

The description reads:
Produced by the Wan brothers in the midst of war, Princess Iron Fan is the first feature length animation made in China. We follow the Monkey King and his friends on their journey to the west. As they reach Fire Mountain they are unable to pass because of the fire but learn that a special iron fan can quench the flames. However, the fan belongs to Princess Iron Fan and she will not willingly lend it to them...

You can stream or download the full film here.

Click here for the rest of the Chinese film collection.

They even have an old Chow Yun-Fat film. An English dubbed version of THE HEAD HUNTER.
Posted by Jeff at 2:12 AM