Johnnie To On Location Photo Exhibit 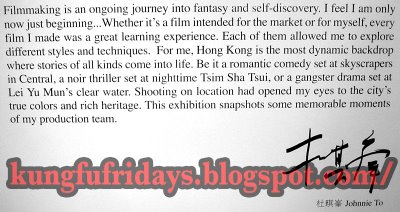 Lots going on here in Hong Kong and somehow I found myself as one of only around 6 "gweilio" at a private reception for the opening of a showing of photos taken my Hong Kong director Johnnie To (THE MISSION, PTU, ELECTION, etc). Great shots and several gave us a sneak peak at ELECTION 2 that makes it's premiere at the upcoming Hong Kong International Film Festival, who sponsored the event as part of there tribute to Milkyway, To's production company. The evening started with the press gathering around To as he looked at the collection and then he held an informal discussioin about his work with local critic Thomas Shin (sadly, in Cantonese only). Then after that, several of his regular actors showed up resulting in an impromtu gathering of the the cast for EXILED, the upcoming sequel to THE MISSION, including Miriam Yeung, Francis Ng and Roy Cheung. Also in attendance was HK actor/producer/peace activist John Sham (THE ISLAND) who told me a great story about the original ending of Patrick Tam's FINAL VICTORY where Tsui Hark's character stabs Eric Tseng on the beach!

Below are some of the snaps I took of the event. Thanks to Shan for inviting me to the event. Sorry about the website address slapped over them, but as I learned when taking pictures on the set of INVISIBLE WAVES, they will be pilferred by other sites covering the film.... (click them to see bigger versions of them) 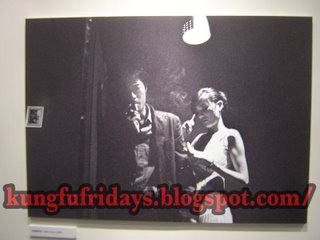 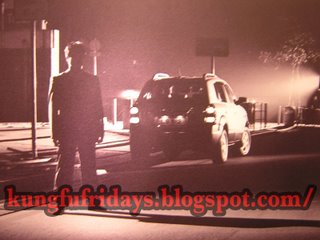 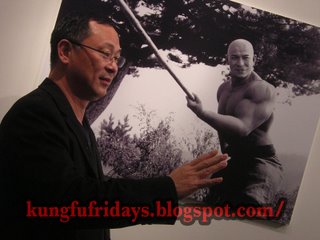 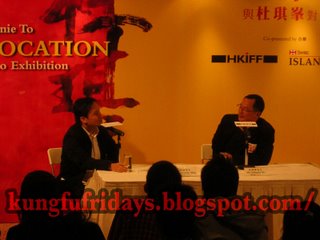 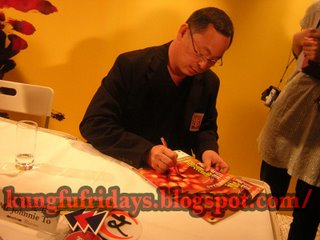 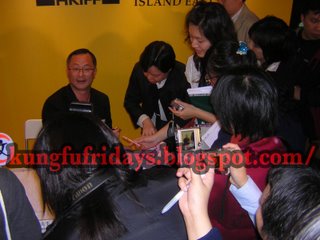 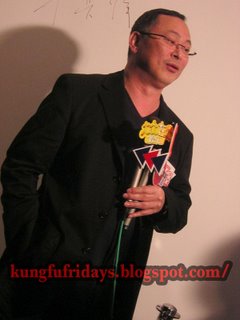 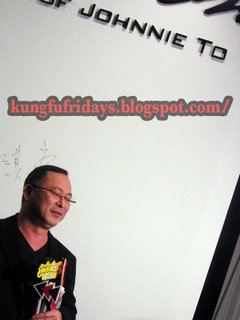 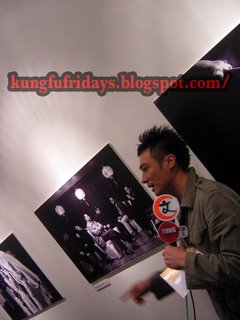 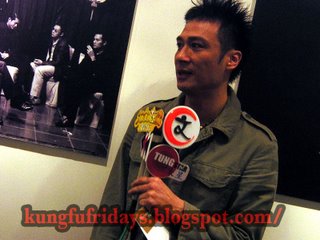 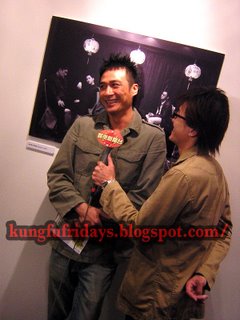 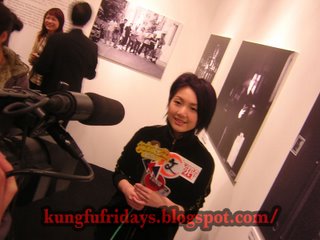 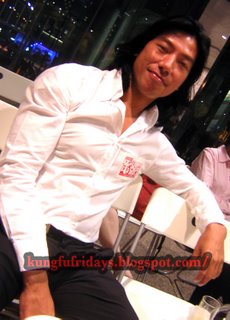 (Huckle - this one above is for you - he remembers!) 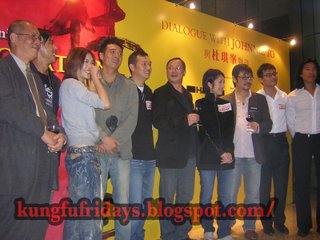