Again more late news of passings from the ScreenDaily.com's obits, but this one writen by Kung Fu Fridays Disciple Jason Gray (at least one glimmer of hope in this sad occasion)

Tetsuro Tamba, one of Japan’s most famous and prolific actors, died of pneumonia late September 24 at the age of 84. Born in Tokyo in 1922, Tamba became a translator for allied occupation forces after Japan was defeated in WWII. He made his film debut in 1952, going on to appear in over 300 features and scores of TV dramas.

Tamba was perhaps best known by Western audiences for his role as Tiger Tanaka in the James Bond film You Only Live Twice (1967).

Some of his most famous Japanese films included Hideo Gosha’s Three Outlaw Samurai, Shohei Imamura’s Pigs And Battleships, Masaki Kobayashi’s Harakiri And Kwaidan, Kinji Fukasaku’s Black Lizard and Under The Flag Of The Rising Sun, Teruo Ishii’s Abashiri Prison and the original adaptation of Submersion Of Japan. His lead role in TV series G-Men '75 is one of his best known in Japan. He also won the Japanese Academy Award for Best Supporting Actor in 1981’s The Battle Of Port Arthur (203 Kochi), which also starred Toshiro Mifune.

Tamba remained active in the industry, with recent roles in Yoji Yamada’s Oscar-nominated The Twilight Samurai and cult director Takashi Miike’s The Happiness Of The Katakuris and Gozu (Cannes 2003 Directors’ Fortnight).

And aside from Happiness of the Katakuris and Gozu, Tamba also starred in Takeshi Miike's Graveyard of Honor (2002), Deadly Outlaw: Rekka (2002) and Kikoku (2003). For a sad and fitting clip of Tamba from Katakuris watch this.

Happiness of the Katakuris

Happiness of the Katakuris

You Only Live Twice

You Only Live Twice 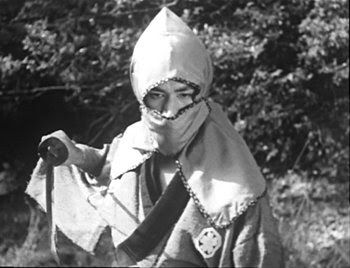 The Ceiling at Utsunomiya, 1956 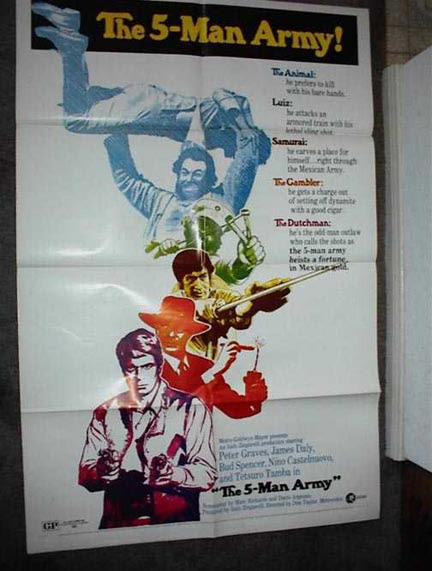 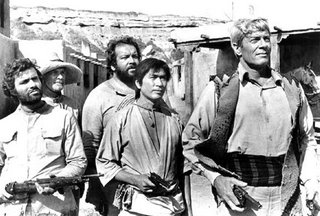 So glad to see that trailer. FIVE MAN ARMY has looong been on my list of movies I always wanted to see but I had only read about it! Thanks!
Booksteve